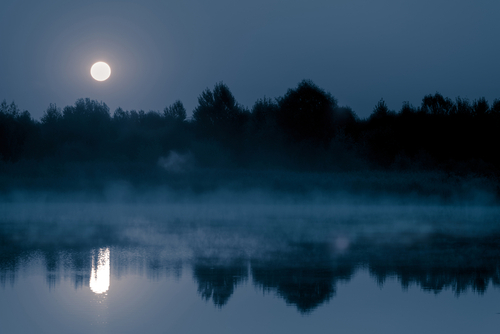 The White Lady of the Frio River

Home / The White Lady of the Frio River

The scenic Frio River flows through the southern Texas Hill Country, and visitors to Leakey, Concan, and Garner State Park flock to the region for the majestic natural beauty and adventures on the water.

Little do they know that the echoes of a heartbreaking love triangle may be heard over the water on a still night….

As the story goes, the Juarez family lived happily along the banks of the Frio back in the early 1900s. The family boasted two beautiful daughters, both of whom caught the roving eyes of eligible bachelors. The eldest Juarez daughter (whose name is unfortunately lost to time) accepted the proposal of a gentleman named Gregorio and started to raise a family.

Maria, the other Juarez daughter, told her big sister she would love to follow in her footsteps in finding a beau and raising a family of her own.

Surely fate would soon deliver a handsome young man to help her fulfill those dreams! And that’s exactly what happened...but with a horrible and fatal twist.

A handsome young ranch hand named Anselmo Tobar courted Maria, and when the time came for him to pop the question, she delightedly said yes. When this happy news reached Gregorio’s ears, his reaction was, shall we say, less than happy. He immediately cornered Maria and pledged his undying love for her, that she was really the only woman for him. He explained in no uncertain terms he would abandon her sister and his own children to run away with Maria. Aghast at this brash and indecent proposal, Maria turned Gregorio down flat, citing her devotion to her sister and love for Anselmo.

What Maria considered to be a settled situation drove Gregorio into a blind rage. As she strolled the banks of the river at sunset to meet her lover, her enraged and jealous brother-in-law shot Maria in the chest, leaving her to pass away quietly and alone on the Frio’s mossy bank. Eventually Gregorio, who had decided if he couldn’t have Maria, no one could, was convicted of her murder and sent to prison for a lengthy sentence.

So the story goes. There are those who dismiss it as urban legend, and just as many who swear its details are true. There are also visitors and locals alike who insist they have seen the misty apparition of Maria along the Frio River, still seeking her beloved Anselmo. The heartbreaking wails of the “White Lady of the Frio” have also been heard echoing over the cool, flowing waters. No matter what you may believe, the story has been told here for well over 100 years.

Have you encountered the lovelorn spirit of Maria Juarez, or do you have a Hill Country haunted tale of your own to tell? Please share them in the comments! And we understand opinions vary greatly, so please treat your fellow commenters with respect!